This beautiful, tranquil holiday cottage, once belonging to Cumbrian artist Percy Kelly, is the perfect base for exploring Allonby and the Lake District National Park.

About our Holiday Cottage

Glen Cottage is a delightfully renovated cottage with a fascinating history, situated in the tranquil coastal village of Allonby, and ideally located for discovering the Lake District World Heritage site.

For 12 years this superb cottage was home to the celebrated Cumbrian artist Percy Kelly, whose initials of ‘AK – PK – 1958’ you can still see engraved in the lintel in the bedroom – AK being his first wife, Audrey, and 1958 the year they moved in. Kelly painted the region extensively in the more than 50 years he lived there, to the extent that you can follow a number of different Kelly Trails across West Cumbria that have been formed totally through the artists paintings and drawings, stretching from the door of Glen Cottage itself. You can read a full history of Percy Kelly here.

The cottage is now a wonderfully renovated holiday home, with nods to its artistic past, many original features and subtle modern comforts, as well as stunning views across the Solway Firth. Underfloor heating in the living room and sitting room mean it is comfortably warm all year round, especially as its insulated lime render walls retain the warmth brilliantly. Original features abound in the sitting room, with wood beams and a lovely large inglenook fireplace complete with wood burner and sandstone flooring. This is a beautifully finished, warm and cosy place to retreat to after a day spent exploring the great outdoors.

Allonby lies within a designated Area of Outstanding Beauty, and remains a picturesque coastal village. It is great for walks, whether it’s the Kelly Trail, a coastal walk along Allonby Bay, or a short drive to the fells of the Central Lake District. There is windsurfing, kitesurfing and sea fishing on your doorstep, as well as miles of unspoilt coastline – the Cumbria Coastal Way cycle path runs through Allonby, making this a great spot for keen cyclists.

The beach is within 200 yards of Glen Cottage, while even closer – within 100 yards – you’ll find a shop, pub and restaurant. There are two pubs serving meals in the village, as well as a takeaway, and the famous ‘Allonby Whopper’ ice cream, which attracts visitors from miles around.

Percy Kelly was a remarkable talent, with a catalogue of thousands of works, and many famous admirers – including Churchill, Princess Margaret and Melvyn Bragg – and yet he died in obscurity and poverty. His relentless need to draw was matched only by his desire to hold onto all of his work – he had only five exhibitions in his lifetime, and they were dominated by NFS (Not for Sale) items. It is only after his death in 1993 that his works were sorted and properly catalogued and he has finally started to receive the accolades he deserved, and craved, in his lifetime.

Born in Workington in 1918 to poor working-class parents, Percy was a precocious drawer, drawing with accuracy and perspective from the age two. Despite this he received no formal art education until he was in his 40s, instead working in the postal service as well as six years in the army during the Second World War – where his talent for drawing was recognised by Churchill, who encouraged him to exhibit three watercolours in the National Gallery, viewed by George VI.

Percy was reluctant to exhibit his work, however, and loath to sell it, despite many offers – “I cannot paint for monetary gain, I would rather starve than sell one piece of my work”, he once said to a friend. He instead returned to his work in the Postal Service after the war, but the restrictions this put on his time to draw left him frustrated and depressed – after a nervous breakdown in 1958, he resigned and moved to Glen Cottage, bought with his wife, Audrey’s, money.

With Audrey as chief breadwinner – a role she resented – this was a very productive period for Percy, producing some of his best watercolours, using oils for the first time, turning to etchings and charcoal work and, finally, enrolling in art school for the first time at Carlisle College of Art. He also established a network of friends and acquaintances from the arts. A 1968 exhibition arranged by Sir Nicholas Sekers should have been the launching of Percy’s career as an artist, but his difficult personality and refusal to part with his work scuppered his chances.

His time at Glen Cottage, and his marriage, came to an end that same year when Audrey returned home to find him wearing her clothes, and asking her to help him put on some mascara. She was horrified, told him to leave, and changed the locks. Along with drawing, his cross-dressing was one of the only things that could ease his depression.

Percy married again, to Christine – the wife of his eye doctor – and moved to Kendal, and then to Wales with her and her children, but he still remained steadfast in his refusal to sell his work. Their living conditions were cramped, damp and squalid but Percy still turned down offers, including an offer from the Chairman of the Welsh Arts Council to buy his entire collection of charcoals, which would have afforded them a comfortable life.

A move to Norfolk followed, but the same problems remained. Christine was supportive and understanding of both his work and his cross-dressing, but, worn down after 12 years together, she left him in 1983. By this point Percy had been taking HRT and was convinced he was turning into a woman. He changed his name by deed poll to Roberta Penelope Kelly in 1985, though he would not have a gender change operation as he was sure the change was already taking place naturally. He died of throat cancer in 1993, living in self-imposed exile. His cottage was crammed with his work, which he had still been refusing to sell right up to his death.

With thanks to Tullie House Museum, Carlisle.

This cottage is stunning. We have had a very lovely time celebrating Kevin’s Birthday and New Year. The Location of Glen Cottage is great. Our little puppy has had a great time on the beach front. The views are great. Thank you, Steven, Lindsey and Luke, for letting us stay in your beautiful cottage. We will be back for sure

What a wee gem of a place.

Thank you Mark, Siobhan, baby molly and Freda the dog.

What a beautiful little cottage!

Thank you for a lovely stay, the little touches really made our stay extra special and was exactly what we needed. The location is wonderful and the hosts can’t do enough for you, thank you again!

Thank you for a great few days.

We booked this cottage due to it’s location, our dog loves the beach and wanted a trip away he would enjoy as much as us. Completely taken back how beautiful and well presented the cottage is. A big thank you to steven for meeting us at the cottage and giving us a warm welcome.Thank you again for a lovely stay and welcome pack and making us feel at home, we are taking home a very tired doggy!! 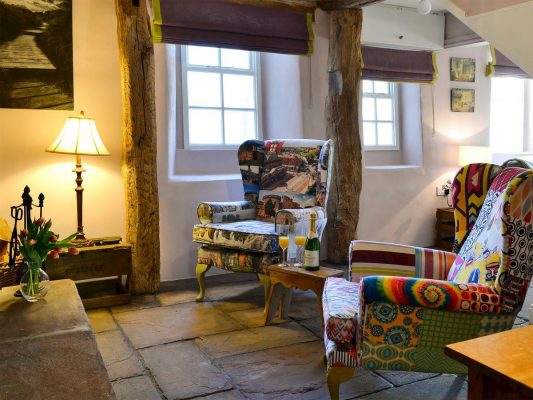 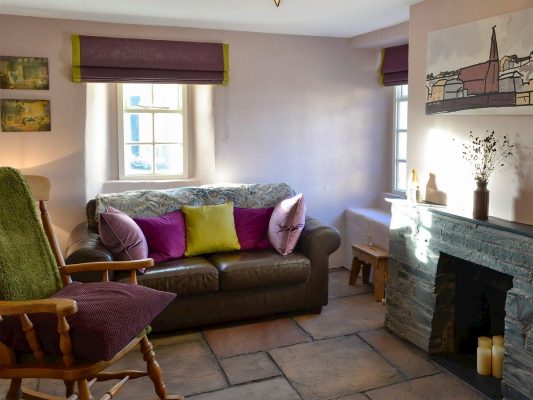 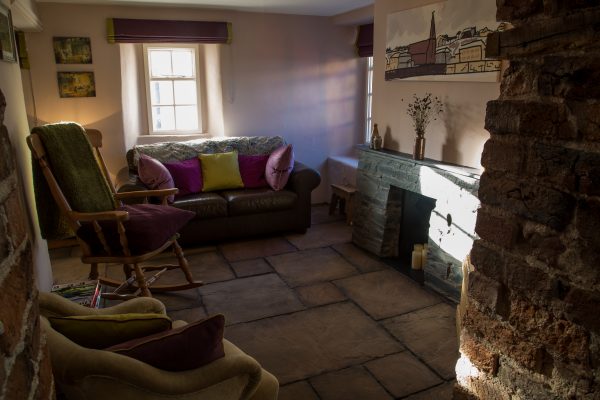 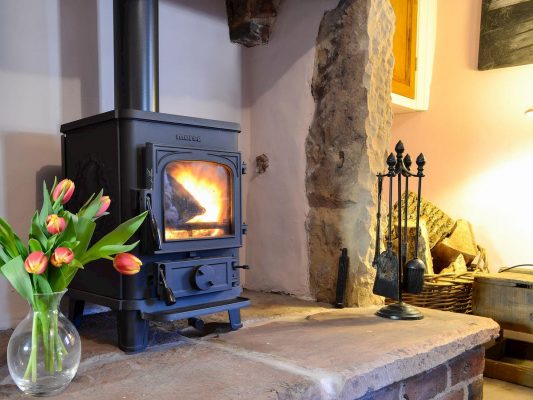 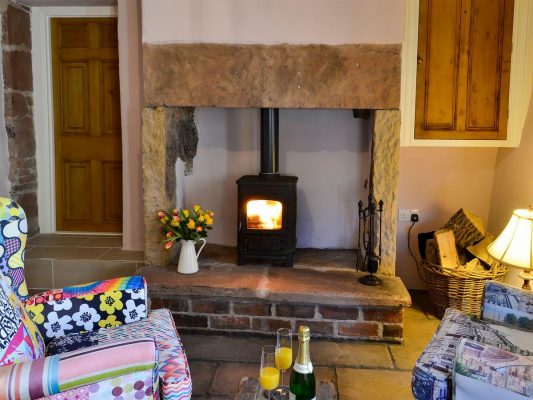 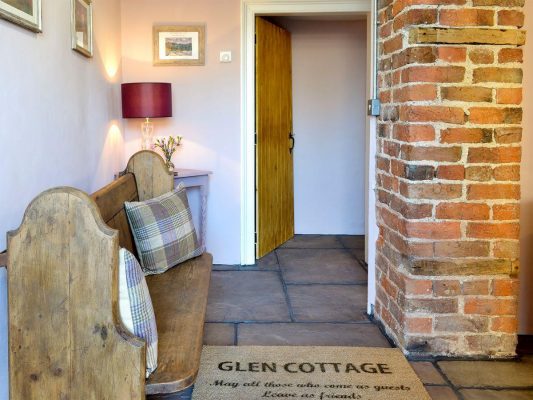 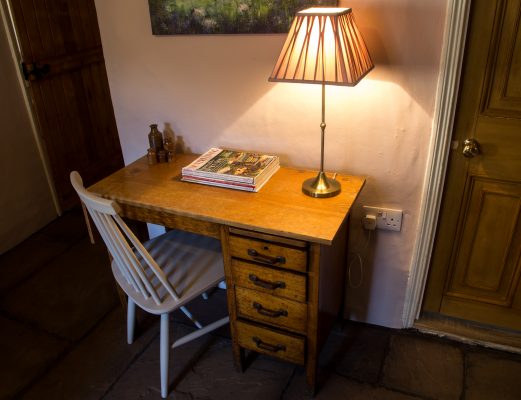 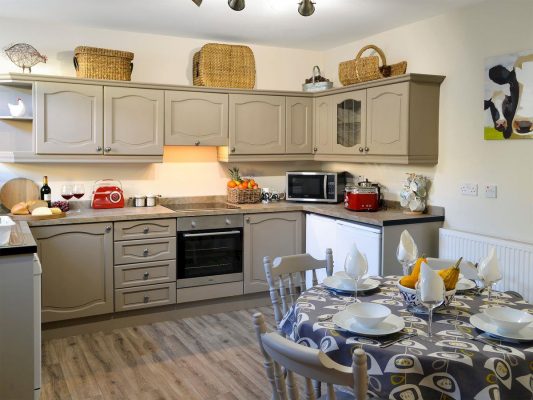 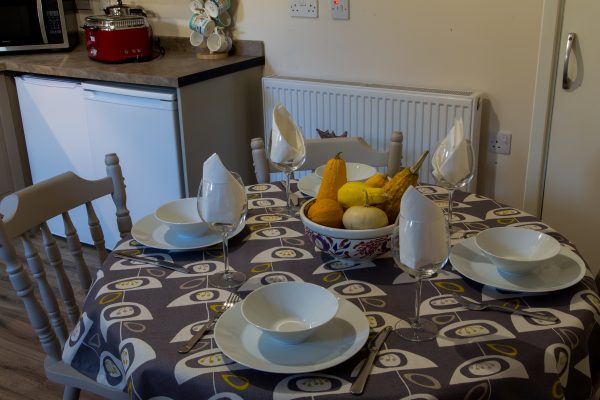 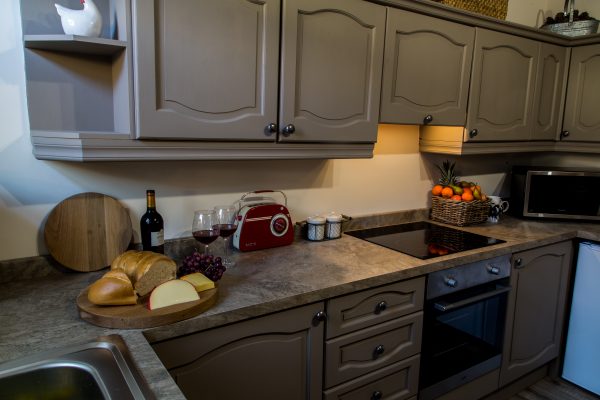 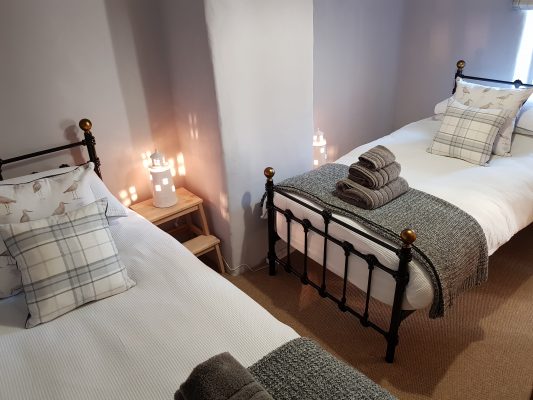 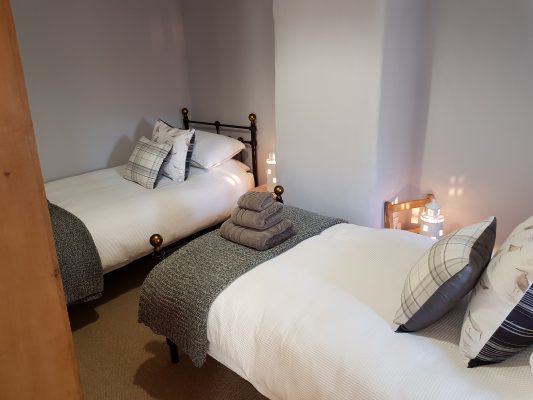 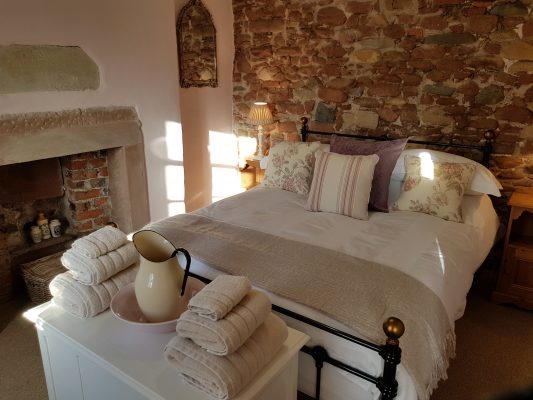 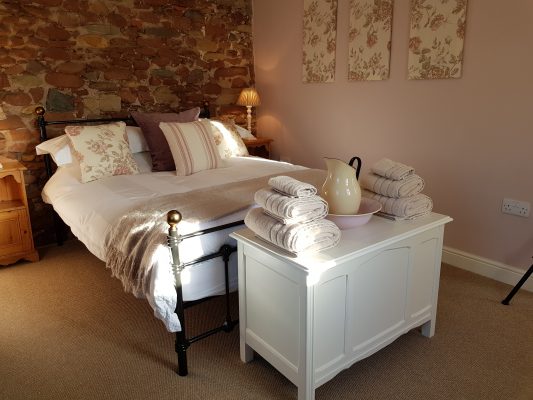 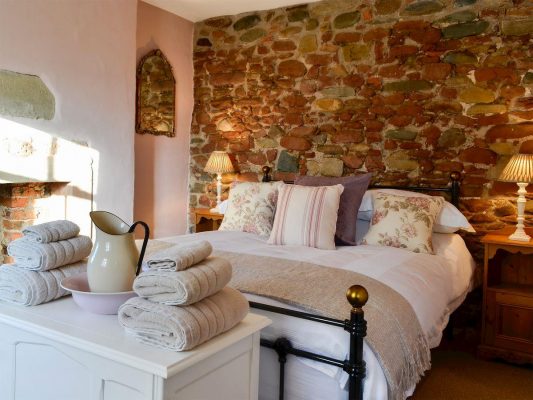 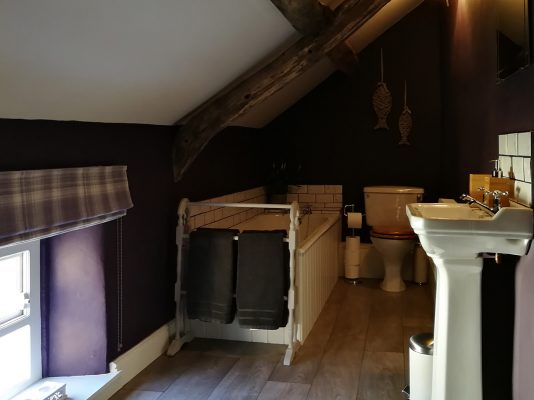 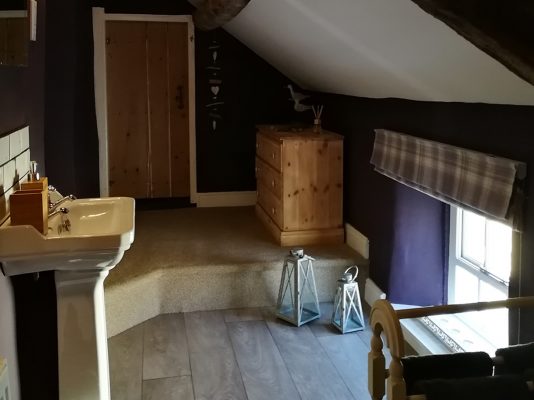 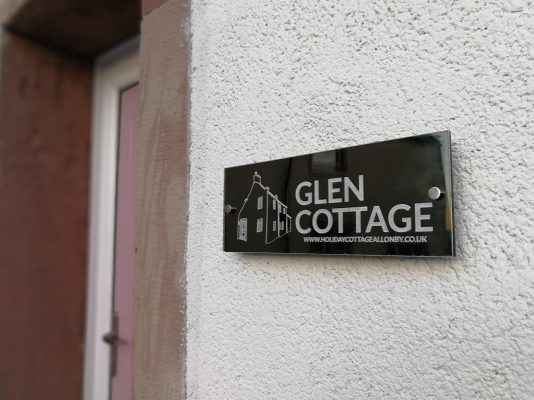 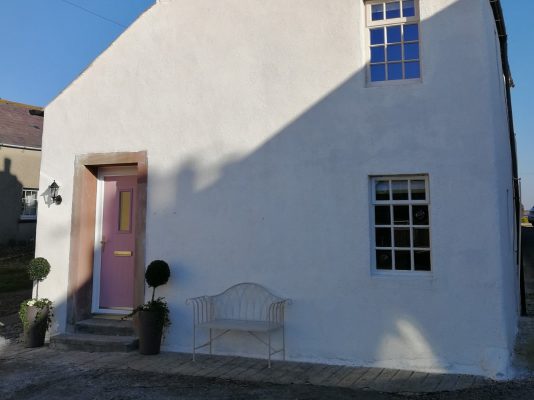 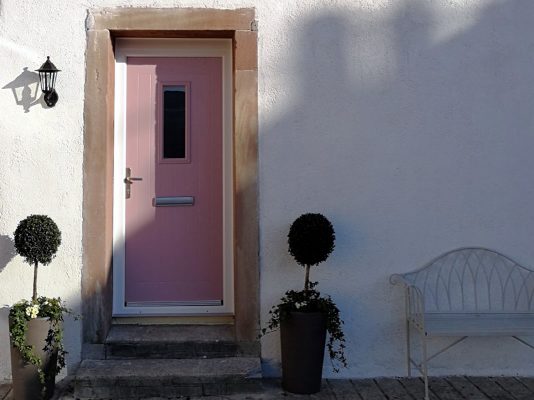 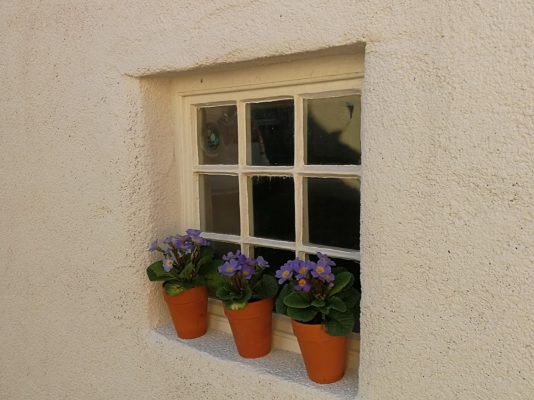 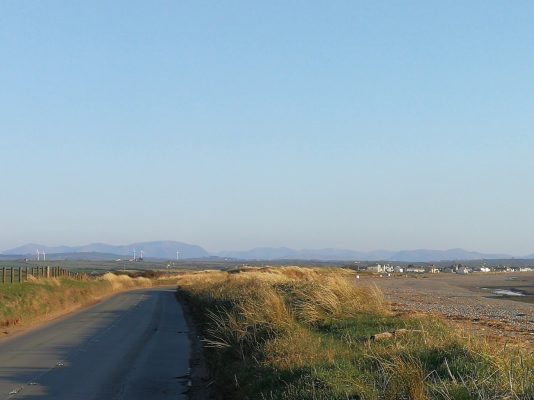 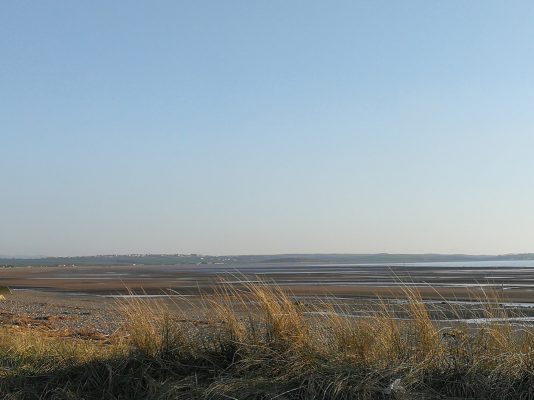 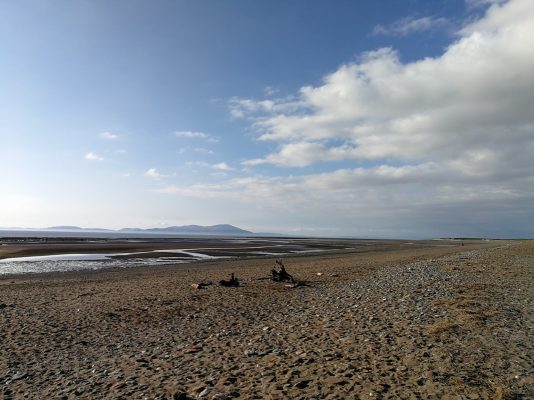 A luxury holiday cottage next to the sea located within the village of Allonby , Cumbria on the edge of the English Lake District

7 night bookings only between April and October (Friday to Friday)

Price vary from week to week so please get in touch for the exact price of the week you are looking to book.

3 nights Friday to Monday or 4 nights Monday to Friday are available between November and March with the exception of the Christmas Holidays.

If you would like to discuss staying at Glen Cottage, please fill-out the form below or email info@percykellyscottage.co.uk

Ask a question regarding staying at Glen Cottage